Scroll down for our auction below! No need to register again!

To View More Information on the December 3 event please visit our event page:

Since its founding in 1985 at the Cathedral Church of St. John the Divine, the Interfaith Assembly on Homelessness and Housing has declared that decent and affordable housing is a Basic Human Right. Since its earliest days, (until the election of Bill De Blasio), the Assembly held an annual overnight vigil in City Hall Park to bear witness to the crisis of homelessness and call on NYC, during its budget deliberations, to establish policies to address homelessness and the affordable Housing crisis.

Our fundamental question has always been “given the suffering and struggles of our homeless sisters and brothers, no matter what our faith, what is God calling us to do?”

On June 1st,  1988, our 4th annual city hall vigil was attended by nearly 100 people prepared to spend the night in the park. After a torrential rainstorm, when the morning came, there were just 12 of us remaining – 6 were themselves homeless.

When the 12 met that morning with a delegation of 8 City Council members (including Ruth Messinger who is with us tonight) those of us who were homeless wanted to go back into the park until the budget was over to speak to the Council Members who had not attended our meeting.  When they were informed that that could mean spending 30 days outside, they responded “some of already live outside – but we were just told that we could make a difference!!”  That overnight vigil turned into a 200-day encampment which ended on Christmas day.

In response to the community of homeless men and women that developed in City Hall park that summer, the Interfaith Assembly, in partnership with New York Catholic Charities, developed the Education-Outreach Program (generically, the Life-Skills Empowerment Program) to help men and women who had experienced homelessness to heal from the traumas associated with their homelessness and rebuild their lives. Since its establishment, the program model has been replicated on over a dozen occasions and over 1,500 people have graduated.

In the meantime, the Assembly’s public policy advocacy efforts have continued to grow and with our broad network of partners, we have helped bring about substantial public policy advances, including a collective commitment from city and state to build 35,000 units of supportive housing, legislation that provides free legal counsel to low income tenants facing eviction in housing court and just last year, a law requiring that 15% of all housing units in city funded projects be set aside for homeless households.

More recently, the Interfaith Assembly, helped to found the Interfaith Affordable Housing Collaborative and in partnership with Bricks and Mortals, and the New York State Council of Churches and support from the Collegiate Church of New York and Trinity Church Wall Street, we have embarked on an effort to assist congregations with property to develop affordable housing.

Since its inception, the Interfaith Assembly has been committed to see to it that the voices of those who have been homeless are part of the solution to the crisis of homelessness - and to ensure that along with these voices, the voices of justice and compassion, fundamental to all faith traditions partner with other advocates, service providers and public and elected officials as we seek together to build a more just and compassionate city.

The Interfaith Assembly sees itself as a member of a vast community of inspired and caring organizations and individuals each doing our part to improve the lives of the most vulnerable among us. We welcome your support of our work as we celebrate some of our partners here tonight as we work to build a blessed city together.

Read more about our auctioneer here!

IAHH is pleased to welcome Celebrity Auctioneer Barry Cherwin, who will be describing some of tonight’s auction items. Barry is a NYC Auctioneer of the Year, NYC Bid Calling Champion, and past President of the New York City Auctioneer’s Association. He once auctioned a case of tuna fish for $520, another time the tie off his neck for $1000, and once (in New Haven, Ct.) three months of “free” parking for $7,800; but he has promised not to attempt any of that tonight. He is simply here to help us raise as much as we can for the Interfaith Assembly on Homelessness and Housing. Please help him in that endeavor by bidding generously and donating what you can. 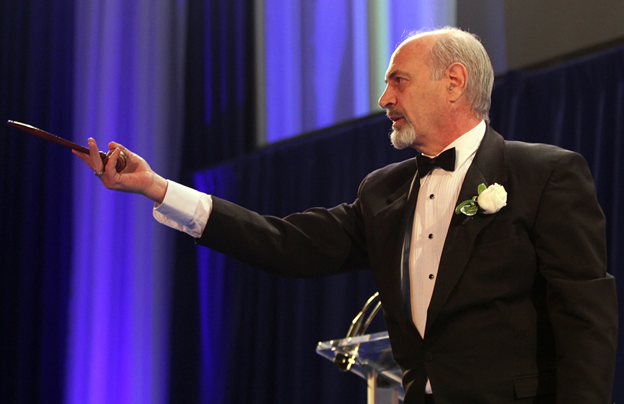 The Silent auction will remain active with new items added every week and winning bids confirmed every Sunday night at 12am.

The Silent auction will remain active with new items added every week and winning bids confirmed every Sunday night at 12am.